Wildlife Prairie Park is a not-for-profit 501c3 corporation. Our mission is to offer interactive, nature-oriented educational and recreational activities that provide transformational experiences inspiring conservation of the great outdoors.

Founder William Rutherford, was an attorney by trade and had never planned on developing a nationally recognized park at the age of 60. However, in the 1960’s Bill learned that the Brookfield Zoo was looking for space to raise exotic, endangered animals. At this time, the Forest Park Foundation, which he was affiliated with since 1939, acquired 480 acres of land near Peoria with intentions of using it for conservation and environmental efforts. The Foundation partnered with Brookfield Zoo, but when the management at the zoo changed, so did the plans for the Park. The foundation decided to create a new Park that offered what big zoos could not. They would use natural resources to create a zoological park dedicated to Illinois that also paid tribute to pioneer America.

Over the next three to four years, native Illinois animals, animals that would be brought by pioneers, and native plants were acquired, construction materials were secured, buildings were erected and money was raised. The Park opened for 6 weeks in September 1977 in honor of Mrs. Hazel Rutherford’s birthday, and then officially opened its gates to the public in 1978.

Today, Wildlife Prairie Park is proud to continue its mission of conservation, education, and recreation to its nearly 140,000 annual visitors. As one of the Midwest’s leading destinations, visitors from across the globe have enjoyed the beauty and wonder of Wildlife Prairie Park. 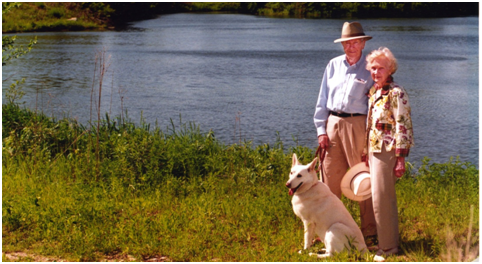